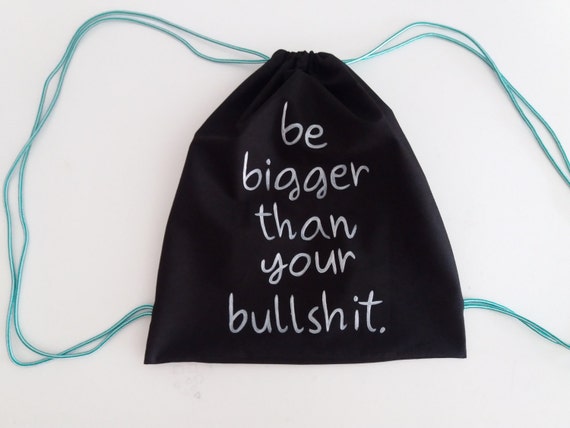 My name is Anita and I am a procrastinator.

Published by Anita Puksic on January 7, 2017

I have to admit it to the public. My name is Anita and I am a procrastinator. “Hello, Anita, we love you, Anita”.
Thank you guys!

But since I am now in this real, grown up world, where you have to make money, so that you can put food on the table and pay an annual fee for library or a monthly bill for the internet, procrastination comes without a benefit of being ahead of everybody in school. It comes with a price of a feeling, that you are so behind with where you should be right now in your life.

The shittiest thing is you even disappoint other people in your life, because you don’t keep your promises. Which makes you feel even worse about yourself.

And it’s like you are trying to catch up, you feel so overwhelmed, but the fact is you are not even running. You are lying in bed in the morning, watching all those wooden eyes on that too fucking interesting wooden ceiling. Hey, Caesar, hey chihuahua, hey monk, omg, what amazing stories are on that ceiling. You start to fall back asleep and you hear some cool poetry in your head that was never written before and it’s not gonna be written, because you are drowning and drowning with theta waves. Maybe it’s gonna be written by somebody who actually goes out of bed and grabs a pen when they hear a poem in their ears!

And then when you finally come out of a bed, you make breakfast and light up the stove and do some normal everyday stuff and then it’s already time for lunch. For somebody else it’s dinner at this time of the day already. And you just decide to take today off and maybe you’ll even go to bed a bit earlier, so that you can wake up at the normal hour tomorrow. In the meantime you spent your time researching on the web what the fuck is wrong with you.

Why do we procrastinate on the things that would move us forward in life? Why, oh why?

My research yesterday led me to a really interesting blog post titled Procrastination is Not Laziness. I felt like somebody finally understands me. Yeah, I know you all understand what it feels like to procrastinate on that shit you don’t want to do and you have to do it because your boss or teacher told you to. But do you actually know what it feels like to procrastinate on things you actually want to do, because you know in your veins that you are person meant to do it, because you love it so much and in every picture of your ideal future you see yourself doing it? And besides that, you have everything you need to do it?
You see, I am that special. 😛

But why I am doing this to myself? Why don’t I let myself move forward? Do I hate myself? Well, hating myself is a consequence, but the reason I self-sabotage like this is actually a form of misguided self love. It’s protecting me.

It turns out procrastination is not typically a function of laziness, apathy or work ethic as it is often regarded to be. It’s a neurotic self-defense behavior that develops to protect a person’s sense of self-worth.

You see, procrastinators tend to be people who have, for whatever reason, developed to perceive an unusually strong association between their performance and their value as a person. This makes failure or criticism disproportionately painful, which leads naturally to hesitancy when it comes to the prospect of doing anything that reflects their ability — which is pretty much everything.

But in real life, you can’t avoid doing things. We have to earn a living, do our taxes, having difficult conversations sometimes. Human life requires confronting uncertainty and risk, so pressure mounts. Procrastination gives a person a temporary hit of relief from this pressure of “having to do” things, which is a self-rewarding behavior. So it continues and becomes the normal way to respond to these pressures.

Particularly prone to serious procrastination problems are children who grew up with unusually high expectations placed on them. Their older siblings may have been high achievers, leaving big shoes to fill, or their parents may have had neurotic and inhuman expectations of their own, or else they exhibited exceptional talents early on, and thereafter “average” performances were met with concern and suspicion from parents and teachers.

This was the part that made my heart sink when I read it. Not that anybody was trying to make things difficult for me, but I grew up feeling high expectations from the adults in my life and myself. For most of my schooling, I was always in advanced programs, always aced everything, and when I got anything less than an A, people asked me what was wrong.

I also noticed other kids didn’t get this treatment. They were congratulated for getting B’s and even C’s. So from the feedback I got, I learned that a report card (of mine) with five A’s and a B was indicative of a shortcoming somewhere, not success.

If you find yourself in this, go read that post, it’s an eye opener!

So, yes, the thing is, if I don’t have a guarantee for a perfect success at something, I have a resistance to do it. But on the other hand, a part of me doesn’t want to be a success. And there the shit really starts to stink. Why don’t I want to be really successful at something? Because I don’t want to be seen. Why not? Because some people then expect more from you. And other envy you and maybe they shame you and you feel like an outsider.

And so there are two parts or even more inside you and each is pulling you into a different direction and no wonder you don’t move.

Haha, I so much love how everything starts to seem so ridiculous, when I finally put it out in written form.

It’s just all this old programming that I have loaded in my mind in order to keep me safe. But it’s costing me of what I really want. I really want to do things that I want to do, I want to feel alive, feel proud of myself, because I’m moving forward.

As I read the comments on that post (his experiment to overcome procrastination) from the same guy, I stumbled upon a very good question.

A reader suggested, that as you are doing things during your day, you ask yourself: Is this thing contributing to my well-being?

This will now become my daily mindfulness practice and a tactic to beat procrastination.

I actually put it in my today’s to do list.

And may I say, that I was extremely successful today? I got through everything on my list. Well one task was left undone, because I need help from my man and he said we’re gonna do it tomorrow. And besides getting through the entire list, I even did things that weren’t on my list, but are also contributing to my well being! And I wrote this post, woohoo!

This was actually a reason for my research on procrastination. Why do I procrastinate writing, if I want to do it?

So I’m super proud of myself and I feel like today was an awesome day.

But still I know that this addiction to procrastination is not over yet, so I’m gonna do my best to eliminate it as much as possible and heal those parts of myself that are causing it. Gonna keep you posted 😉

So, what about you? Do you struggle with procrastination around the things you actually want to do? What are your tips and tricks? Let me know.

Be bigger than your bullshit backpack. Quote by Kat Loterzo, hand painted by yours truly 🙆 It will carry all of your shit 😉 Drop me a message if you want it or go to 3ptice.etsy.com for worldwide shipping or 3ptice.com for Slovenian people. #3ptice #bullshit #bebiggerthanyourbullshit #katloterzo #quote #motivation #2017

Btw, if you like this backpack above, it’s available in my etsy shop. Go get it!